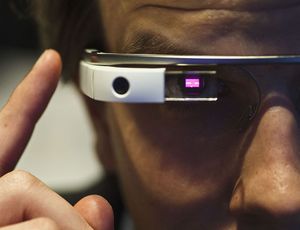 Google Glass Gets It Right the Second Time

Google Glass is back, and this time it's not the ultimate example of overhyped wearable technology. Rather, its revival demonstrates how Silicon Valley's innovations can have applications that their creators might never have envisioned. The first coming of Glass -- a computer in the shape of a pair of glasses -- was a disaster. It occurred at the height of the wearables boom in 2013, when some 318 startups emerged to push smartwatches, smart glasses, smart clothes and other such gadgetry, more than double the number a year earlier. Google pitched the product for a wide range of consumer uses -- whatever you could do with a smartphone, only look, no hands! Early reviewers were impressed that the thing actually worked, but the "explorers" who bought the gadget soon discovered that it was buggy and that they were unwelcome in public spaces because they might be surreptitiously recording everything around them. They went back to smartphones and Google appeared to lose interest, stopping software updates and killing the consumer website that advertised Glass. 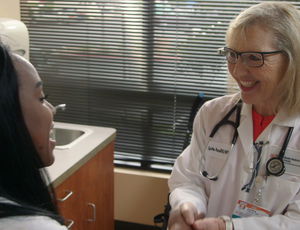 Google Glass is no longer being marketed to consumers, but its enterprise business continues to pick up pace, and today one of the more promising companies developing medical services using Google’s connected eyewear is announcing a significant investment in its technology, which aims to “rehumanise the interaction” between doctors and patients by pulling physicians’ faces away from their computer screens, according to its CEO. 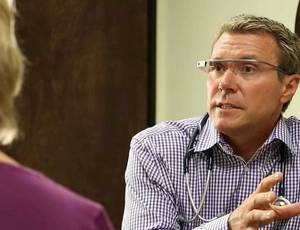 While Google Glass hasn’t had the impact that Google had likely hoped it would, a fresh funding round of $16 million raised by Augmedix today suggests it’s far from dead. Augmedix is a startup that launched in 2012, with the aim of providing medical professionals with a Glass-powered electronic health record solution: A Series A round from the company co-led by its original seed investors Emergence Capital and DCM Ventures indicates that while consumer confidence in Glass may not yet exist, other parts of the market are very much invested in its continued development. 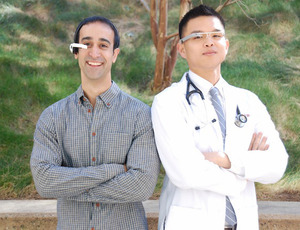 Google Glass is quickly turning into the butt of a joke in the consumer market, where it’s being parodied on The Daily Show and elsewhere, and where the term “glasshole” is now a common way to refer to what someone people call “those face computers.” Today, Google is looking to rehab that image a bit by focusing on more practical applications designed for businesses. The company is announcing its first round of “Glass at Work Certified Partners.” The new partners include APX, Augmedix, Crowdoptic, GuidiGO and Wearable Intelligence. APX Labs makes Skylight, business software for Glass, which provides workers with real-time access to enterprise data; Augmedix offers a service for doctors; Crowdoptic detects broadcast events from mobile and wearable devices to market context-aware apps for sports, entertainment, building/security and medical industries; GuidiGo works with museums and cultural institutions to help visitors connect with art and culture 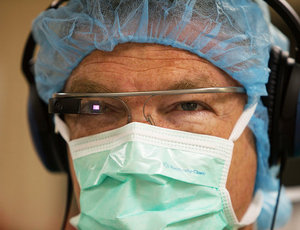 Before scrubbing in on a recent Tuesday morning, Dr. Selene Parekh, an orthopedic surgeon here at Duke Medical Center, slipped on a pair of sleek, black glasses — Google Glass, the wearable computer with a built-in camera and monitor. He gave the Internet-connected glasses a voice command to start recording and turned to the middle-aged motorcycle crash victim on the operating table. He chiseled through bone, repaired a broken metatarsal and drilled a metal plate into the patient’s foot. Dr. Parekh has been using Glass since last year, when Google began selling test versions of its device to thousands of handpicked “explorers” for $1,500. He now uses it to record and archive all of his surgeries at Duke, and soon he will use it to stream live feeds of his operations to hospitals in India as a way to train and educate orthopedic surgeons there. 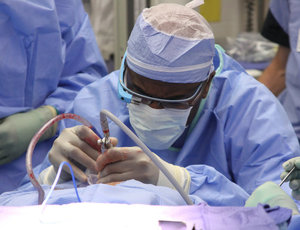 At Google, Bid to Put Its Glasses to Work

At the 500 Club bar in the heart of the Mission district here, patrons are banned from wearing Google Glass. Two miles up the hill at the hospital at the University of California, San Francisco, a lung surgeon wears Glass to assist him as he operates. The contrast illustrates both the challenge and opportunity for Google as it plans to sell its Internet-connected headwear to the public later this year. Consumers have been wary of Glass. Yet it is finding more enthusiastic acceptance in the workplace: in medicine, law enforcement, manufacturing and athletics.