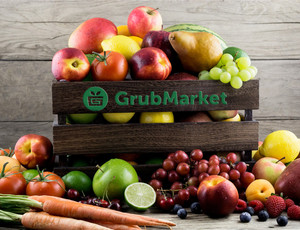 Farmers markets have become a staple presence in many US cities, where there is a steady supply of smaller, often organic farmers and other food producers wanting a more direct channel to sell their goods, and a steady demand from foody types who like having the option of bypassing bigger grocery stores to amble around a group of stalls with a wider choice of items to cook and eat. Now, one of the startups that has turned that model into a profitable on-demand delivery business has raised some funding as it continues its expansion in the US, and beyond, en route to an IPO filing, potentially as soon as this year. GrubMarket, which works with smaller farms and other suppliers to sell and deliver their items by way of its online store both to businesses — such as restaurants and stores of different sizes, as well as the plethora of food startups that prepare food for consumers — and consumers, has raised $25 million in an oversubscribed C1 round of funding (it was originally only going to be $15 million). 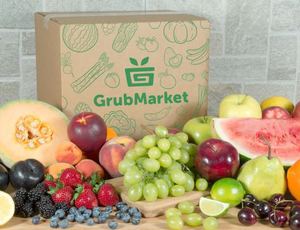 Online grocery GrubMarket breaks even, and wants to go public in 2018

Despite the copious amounts of venture funding that have flowed to them in recent years, food tech startups haven’t had an easy time of it especially in the food delivery game. Since 2015, GoodEggs, Zesty and Munchery have shuffled their executive decks, meal kit delivery darlings Blue Apron struggled with worker safety, and logistics providers Postmates struggled to lock in a new round of funding. By contrast GrubMarket, a younger e-grocery backed by Ashton Kutcher’s Sound Ventures, has reached a $5 million monthly revenue run rate, and hit breakeven on its business overall according to founder and CEO Mike Xu. Could this be the next Whole Foods or Costco? The CEO attributes GrubMarket’s growth and margins to disciplined spending on marketing and merchandising, and a mix of direct-to-consumer and business-to-business customers.