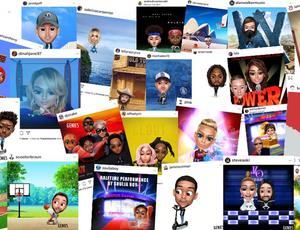 If you had asked Genies CEO Akash Nigam a year ago when he would start making money off his cartoon avatar business, he would have said probably not until 2023. But in the last year, Genies’ digital caricatures have popped up everywhere—from Scooter Braun’s Instagram account to DJ Khaled’s and attracted a star-studded list of investors from athletes Carmelo Anthony and Kyrie Irving to musicians like 50 Cent. Suddenly brands like scooter company Bird were calling Nigam, five years ahead of his own revenue deadline, to pay to get Genies’ celebrity network to post videos of the digital avatars riding Birds on the day of its new scooter launch. Even Gucci partnered with Genies to let people style their avatars in Gucci-branded products from inside Genies' app. The lifelike avatars can then be exported and used in everything from iMessage to Instagram. 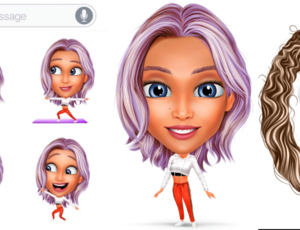 Genies brings lifelike avatars to other apps with $10M from celebrities

Genies is emerging as the top competitor to Snapchat’s wildly popular Bitmoji as Facebook, Apple, and Google have been slow to get serious about personalized avatars. Over one million people have customized dozens of traits to build a realistic digital lookalike of themselves from over a million possible permutations. When Genies launched a year ago after raising $15 million in stealth, it misstepped by trying to show people’s Genies interpreting a few weekly news stories and seasonal moments. Now the startup has figured out users want more control, so it’s shifting its iOS and Android apps to let you chat through your avatar, who acts out keywords and sentiments in reaction to what you type, which you can then share elsewhere. And Genies is launching a software developer kit that charges other apps apps to let you create avatars and use them for chat, stickers, games, animations, and augmented reality.