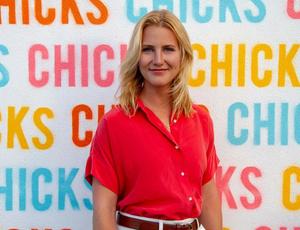 Is Silicon Valley Coming For Rosé?

The early backer of Facebook, Airbnb, Lyft, and Spotify wants to cash in on rosé all day. Founders Fund, the San Francisco based venture capital firm founded by billionaire Peter Thiel, announced Tuesday that it has led a $7 million investment round in Bev, a woman-run canned rosé startup based in Los Angeles. Other private investors include DJ duo The Chainsmokers and Facebook's vice president of social good. It's now the firm's first-ever investment in an alcohol company. But partner Lauren Gross says it's really a bet on Bev's 28-year-old founder and CEO Alix Peabody. "We're founder-driven," Gross recently told Forbes. "While we're often rooted in hard tech, we truly are a generalist firm. It's really about investing in any founder that can build in any sector." Gross says Peabody stands out for being particularly "bright and authentic." 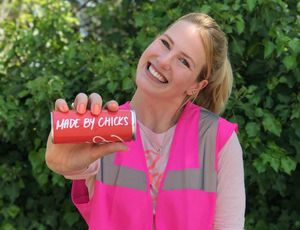 Alix Peabody was 24 years old and suffering from a big health crisis when she started throwing some parties at her aunt and uncle’s house in Sonoma to raise money to pay for her medical bills. After going through this upheaval, she realized that she wanted to change directions and do something centered around women that was more meaningful. She then received a notification that she had to transfer some funds from the 401k plan she had from her first job out of Dartmouth as a math major. So, she took her entire life savings and decided to buy 300 gallons of rosé wine and some cans to put it in, and she started Bev. “I cashed it all in to buy this tote of rosé and see where it took me,” Peabody says. 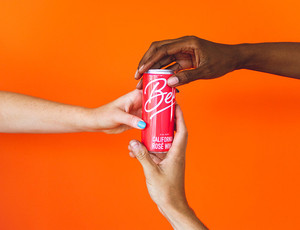 This canned rosé comes with its own hashtag

Call rosé the wine trend that refuses to die. Already a summertime classic, the easy-drinking vino has soared in popularity over the last few years to become the sip of choice for many Americans. In 2017, U.S. rosé sales climbed by a remarkable 53% to $258 million, according to one published report. But Bev, a rosé product launched in California last month that is quickly spreading nationally, looks to capitalize on more than just the boom in pink wine. It’s a canned wine — like a canned beer — that plays into that trend as well. Indeed, U.S. canned wine sales are also growing dramatically — up by 54% in 2017, according to another published report, even though the market is relatively small at just $28 million. 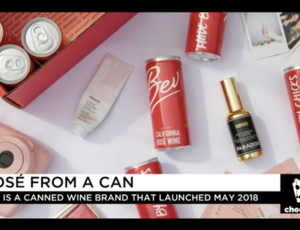 Rosé from a Can

CHEDDAR - It's summer, which means it's rosé season. The pink drink is popping up everywhere from bars to Instagram feeds. And one company is trying to capitalize on the summertime favorite. Bev launched in May with a brand new canned product catering to millennial women. It started as a passion project for CEO Alix Peabody. "To get the first product I cashed out my 401K and bought a bunch of rosé," said Peabody, who was previously a financial recruiter. Some might say it was more than "a bunch"ーPeabody bought 300 gallons of the pink stuff. Still, Bev has plenty of competition. There's Ruza Rosé, Babe, and Lila just to name a few. Peabody has an idea about why there's so much interest. "I think a lot of it has to do with millennial culture and people just being generally excited about accessibility and 'un-snobbery,' if you will," she said.