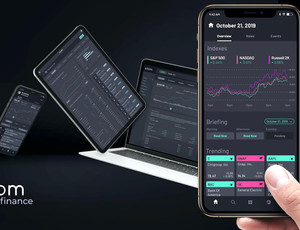 If you want to win on Wall Street, Yahoo Finance is insufficient but Bloomberg Terminal costs a whopping $24,000 per year. That’s why Atom Finance built a free tool designed to democratize access to professional investor research. If Robinhood made it cost $0 to trade stocks, Atom Finance makes it cost $0 to know which to buy. Today Atom launches its mobile app with access to its financial modeling, portfolio tracking, news analysis, benchmarking, and discussion tools. It’s the consumerization of finance, similar to what we’ve seen in enterprise SAAS. “Investment research tools are too important to the financial well-being of consumers to lack the same cycles of product innovation and accessibility that we have experienced in other verticals” CEO Eric Shoykhet tells me. In its first press interview, Atom Finance today revealed to TechCrunch that it’s raised a $10.6 million Series A led by General Catalyst to build on its quiet $1.9 million seed round. The cash will help the startup eventually monetize by launching premium tiers with even more hardcore research tools. 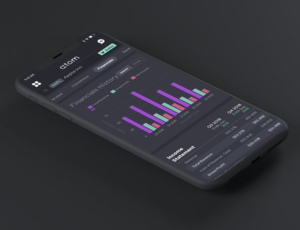 Atom Finance Raises $10.6 Million in Series A Round

Atom Finance, a new media and financial technology company, has raised $10.6 million in a Series A round, executives tell Axios. The company had previously raised $1.9 million in an unreported seed round in February. The big picture: The news and analysis market for high-end individual investors has been difficult to corner. While there are pricey solutions for big enterprise companies, like the Bloomberg Terminal, and free solutions for casual investors, like Google Finance, Atom execs argue that there isn't one company that truly owns the middle. Details: The round, led by General Catalyst, brings the company's total funding to $12.5 million. General Catalyst’s Peter Boyce will take a seat on the company's board.